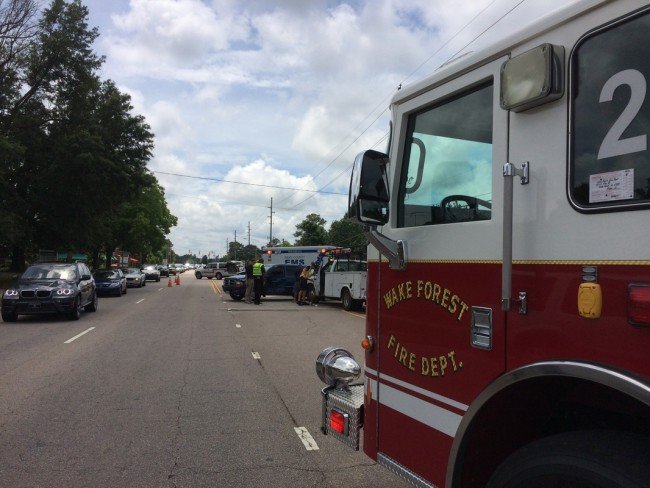 S. Main Street was reduced to one lane Tuesday afternoon when a work truck carrying a trailer slammed into the driver side of another vehicle who pulled out in front of him. Engine #2 and Battalion #1 responded to the accident that originally had reports of a pinned in driver. Once they arrived, it was discovered that the driver was not pinned and had suffered only minor injuries.