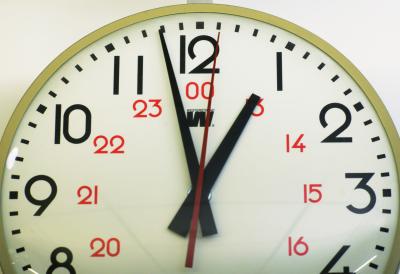 By The Associated Press

Tuesday lasts a wee bit longer — by a second.

International timekeepers are tacking a second to the clock to compensate for a slightly slower Earth rotation.

While a leap second is hardly enough time to change daily life, it has been known to affect some computer systems in the past.

There have been calls to abandon the practice of periodically adding an extra second, which has kept computers synchronized with the Earth day since 1972. The last time was in 2012.

A decision by a United Nations agency that deals with telecommunications issues isn’t expected until later this year at the earliest.