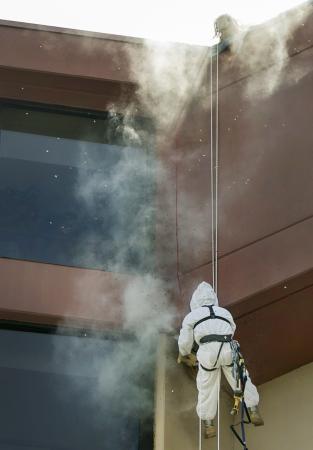 AUSTIN, Texas — Some honeybees have a penthouse view from an Austin hotel after their hive was moved from outside the 11th floor to the top of the building.

Agency CEO Walter Schumacher was on the roof making sure the high-rise effort worked.

Officials originally planned to move the bees to a rural area near Austin, but instead put boxes on the hotel roof to use the hive and make an apiary.

Holiday Inn officials did not want the insects killed. They suggested putting the bees on the roof to produce honey to be served to hotel guests.