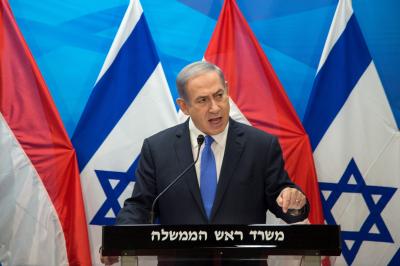 Netanyahu left school around the time of the Six-Day War in June 1967 and joined the Israel Defense Forces, causing him to miss out on graduation and his yearbook.

None of the four classmates knew Netanyahu. But they sent him a note congratulating him on winning his fourth term.

They say Netanyahu responded with a personal card, thanking them and saying the yearbook brought back fond memories.

The yearbook says Netanyahu was on the debate and soccer teams and the chess club while at Cheltenham.