Since the time I founded the Facebook page, ‘Abandoned Homes of North Carolina‘, which was a little over a year ago, I have had quite a few moments that have left me feeling proud of the little community I created. There have been press stories about the page and various interviews, but to me the most fulfilling aspect of it is when I am able to take something from the past and marry it up with the present.

June of 2014 we explored a little house in the Fuquay Varina area. A cute little house upon first look, but as we entered the home we realized it was more than just a once cute little house. Hidden among the rickety floorboards, the collapsing ceilings, the littered drug paraphernalia, and the empty liquor bottles we started seeing memories of happy times from long ago. Tax records from the 1930’s, old family pictures and the most troubling for me was an old church ledger where someone was handwriting in the tithings their church collected with the starting date of 1934.

As an urban explorer we have our own code of ethics. The only thing we leave are footprints and the only thing we take are pictures with our cameras. This was the one time I took items. I grabbed a Target bag from my car and took the church ledger, the family pictures I saw, and most importantly the old tax records with names we would need to find living family members. These items have to mean something to someone, somewhere. With the help of a page follower and genealogy hobbyist, Annette Taylor, we actually tracked down living family members. 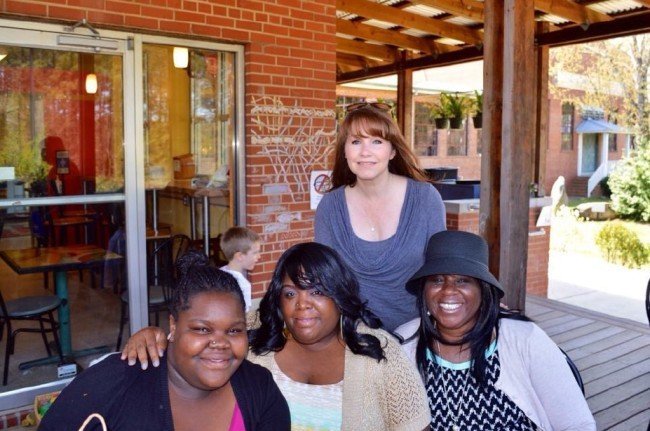 I had the pleasure of driving to Pittsboro with my son, Taylor Bowers, almost a year after taking the items from the home to reunite them with their present family. It took that long to connect with the family. It was a great moment to watch the great granddaughter, Latesha Howard, trace over her great grandmother’s handwriting with tears in her eyes. It’s moments like these that make me the proudest. Times where the past is meeting up with the present. 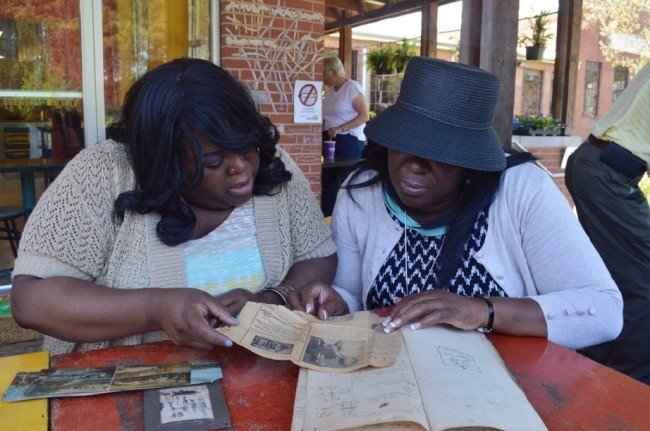 Last weekend I posted a picture of an old dilapidated building from the New Hope area of Franklin County right outside of Wake Forest. In fact I thought it was Wake Forest. The building is on Hwy 98 and Clifton Pond Rd. The responses that followed were amazing. The structure itself was once an old school with two different names depending on the year you attended. 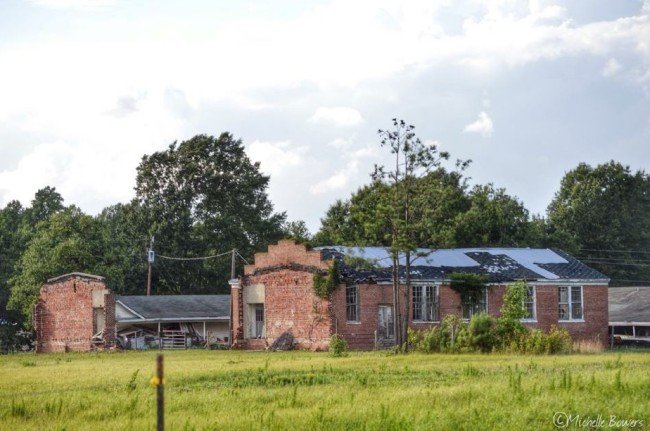 If you were there in the early years it was Harris Elementary, a public school which started in 1929. During the year of 1968 it became a private school known as, Franklin Christian School. This latter school created the most comments from readers reconnecting after forty plus years! There were kindergartners reminiscing about crafts they created or collecting caterpillars during recess and bringing them home in their empty milk cartons.

Once again I was humbled by the response. To read where Tammy Gilpin Horne and Audra Rosendal were reconnecting after attending kindergarten at Franklin Christian back in 1975-76 was just crazy to all of us. They were the only two girls in their kindergarten class of seven children. We established in the comments how the hairstyles back then were to either make your girls looks like boys or to look like Marcia Brady. Both Tammy and Audra got the boy treatment. I tried to point out the positive…..at least you didn’t get a football at your nose! 🙂

Angela Harrison said of her time at Franklin Christian, “I wish I could go back!” Since her time at Franklin Christian the main building is now gone. That was the building where buses looped around in front. I was just there four days ago. Today horses graze where buses once traveled. The once busy playground is now inhabited by the current owner’s construction equipment.

If you once attended these schools please comment or share pictures. I believe Tammy H. Elliot said it best, “I think it is amazing how many people who haven’t talked in all those years were brought together over one picture. This is what this page is about.”

If you see yourself in these yearbook pictures from the old school please comment. 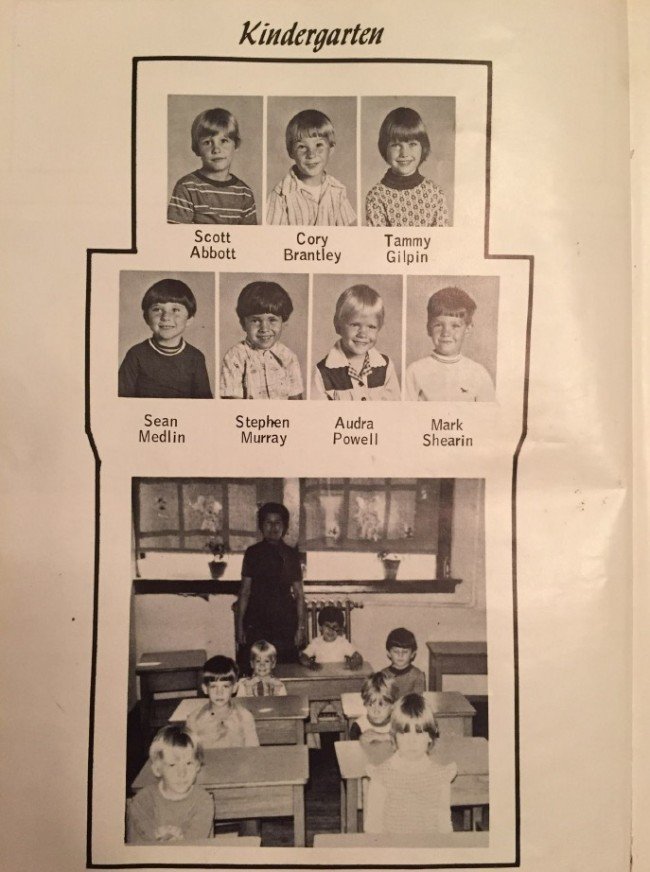 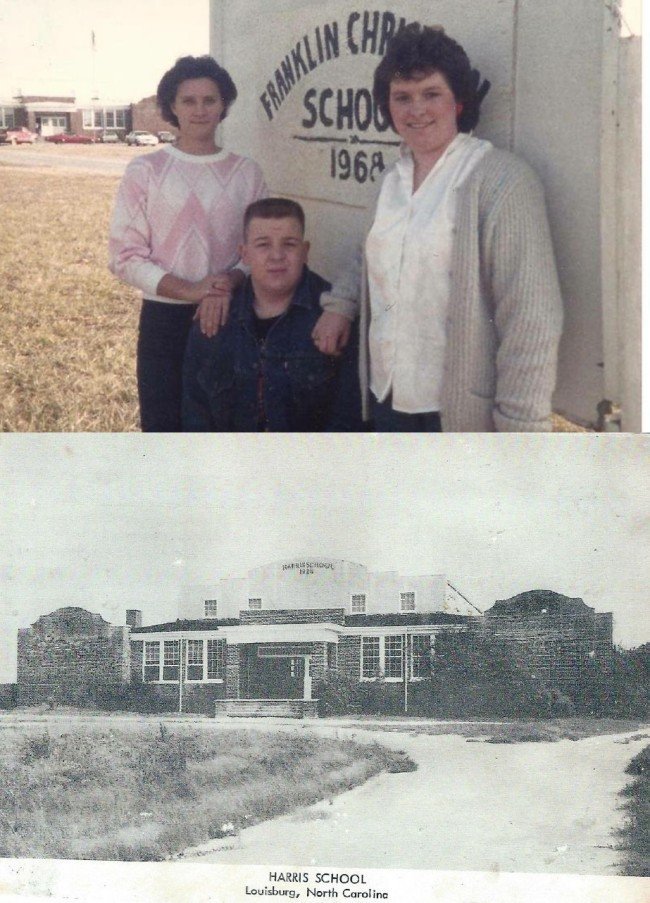 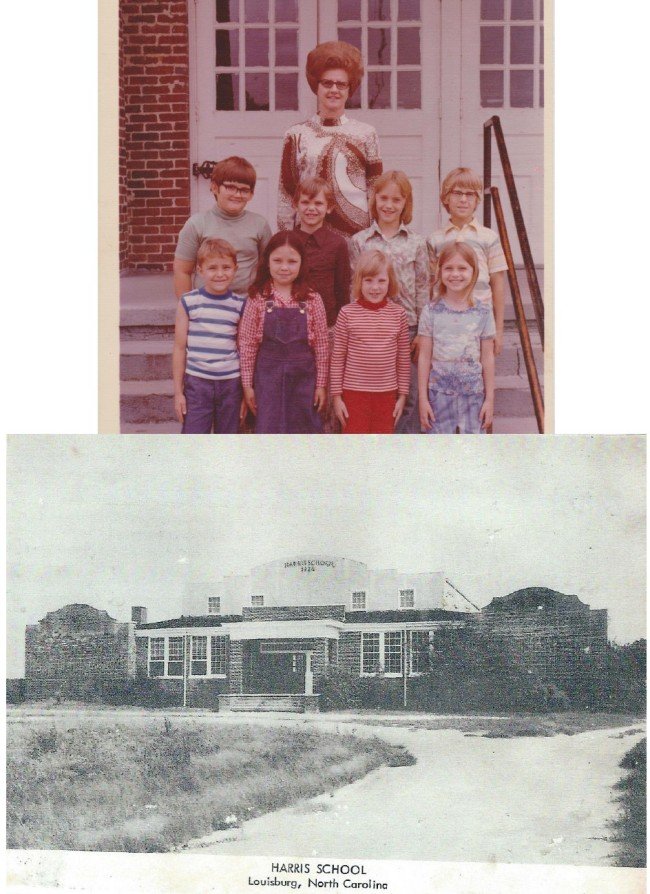 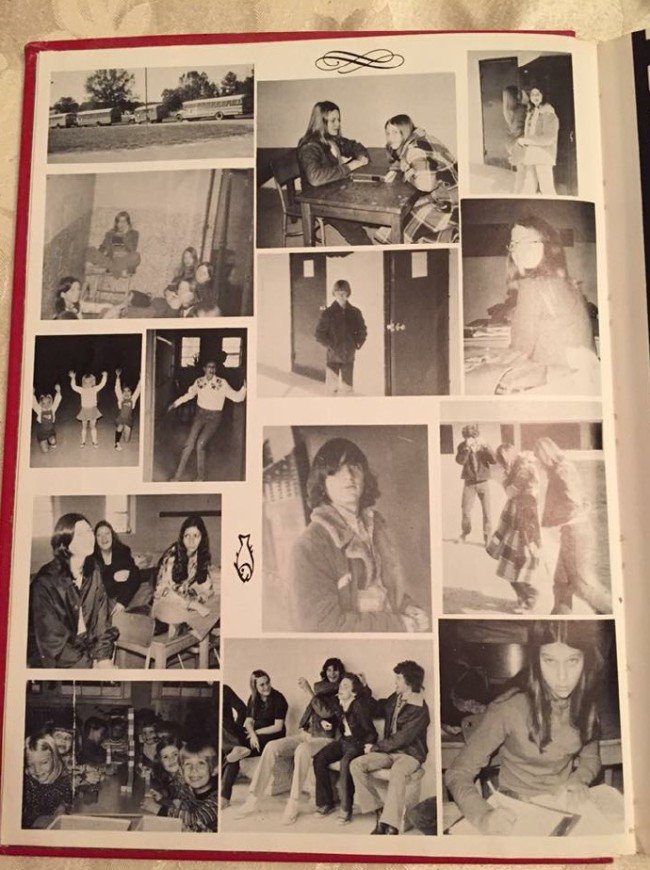