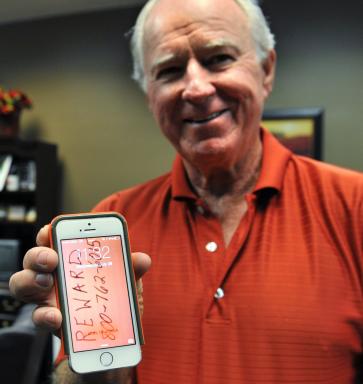 WICHITA FALLS, Texas — A Texas businessman used an app to find his iPhone in a rural pasture after it fell about 9,300 feet during a flight from Houston.

Wilson says he and a pilot were traveling home Monday in a Beechcraft Bonanza when a pressure change caused the passenger door to open slightly. Wilson didn’t realize his cellphone fell out until after landing.

Wilson owns Gas Corporation of America in Wichita Falls. He and an employee used an app to narrow the search to near Jacksboro, more than 50 miles away.

The pair set on their search Tuesday, and ended up in a rural pasture. They found the cellphone under a mesquite tree.