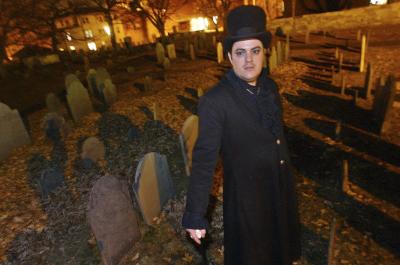 BOSTON — A Salem witch has won a protective court order against a warlock she accuses of harassing her.

The Boston Globe reported that a judge granted the order to witch priestess Lori Sforza, who accused self-proclaimed warlock Christian Day of harassing her over the phone and Internet for years. Both sides testified in court Wednesday.

Sforza testified that Day made incessant phone calls and mocked her on Facebook. Day’s lawyer says the dispute is a fallout between onetime business partners. Day and Sforza both own occult shops in Salem, Massachusetts, though Day now lives in Louisiana.

Before granting the order, the judge said he was dismayed by the volume of late-night calls made to Sforza. The Globe reported that Day then denied making the calls and stormed out of the courthouse.