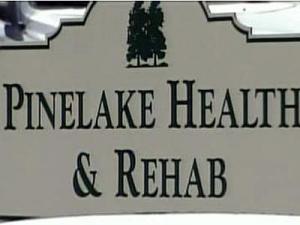 Carthage, N.C. — As the nation reels from Wednesday’s mass shooting in San Bernardino, Calif., a North Carolina town knows what it is like to feel the sheer horror of such an attack.

In 2009, Robert Stewart opened fire on a Carthage nursing home, killing eight people and injuring two others. Stewart, who is currently serving a life sentence, was ultimately stopped when he was shot by a police officer.

Lori Smith said her husband’s aunt lived in the nursing home at the time of the shooting. She survived.

The residents who were murdered were between 75 and 98 years old. A nurse was also killed.

Smith said it brings back memories.

“Your heart just goes out to the families and the people,” she said.

Jessica Andrews, a Carthage resident, said she believes the community has grown stronger since the attack.

“It really pulls (us) together. You start overlooking differences – the petty stuff like economics and race,” she said.

“I remember being in Sunday school, and the preacher came to my Sunday school class in Southern Pines. He motioned to me to come outside,” he said.

The community rallied together and refused to let their town be defined by a dateline.

“It is still hard to believe it happened, but everybody is so resilient around this area,” Smith said.

According to authorities, Stewart was after his estranged wife when he began shooting inside the Pinelake Health and Rehabilitation Center.

,As the nation reels from Wednesday’s mass shooting in San Bernardino, Calif., a North Carolina town knows what it is like to feel the sheer horror of such an attack.