Two killed in crash near Vass 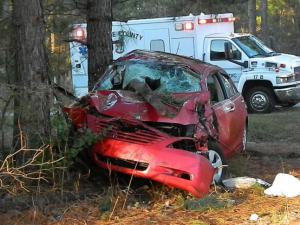 Vass, N.C. — Two people were killed early Sunday morning in a crash near Vass, according to authorities.

According to investigators, two people were killed when their red Toyota Camry car crashed into a tree on Lakebay Road, near Lake Bay Church Road. The call for help came through at about 7 a.m., however according to authorities, the vehicle was cold and it appeared the crash happened overnight.

The names of the victims and the cause of the crash were not immediately available.

The crash is under investigation.

,Two people were killed early Sunday morning in a crash near Vass, according to authorities.