As drone sales increase, so do safety concerns 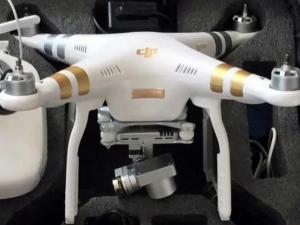 Raleigh, N.C. — Drones continue to fly off the shelves this holiday season, and with the price point ranging from $50 to $1,500, there is one for everyone.

“It is pretty much the industry standard for a hobbyist,” McLeod said of his Phantom 3.

Hobbyists and amateurs say they find interest in flying the small aircrafts because they take amazing pictures.

“Getting up in the air, getting a different perspective than you would get shooting from the ground,” McLeod said.

Hobby shop owner Bryan Powers said a drone will change the way a person thinks about their vacations.

“If you go to the mountains to watch the leaves change in the fall, now you can go and video the mountain from 300 or 400 feet up and see the color change in a way you couldn’t do it before,” Powers said.

Powers said drones have really come on the scene in the last two years, but are evolving faster than people can keep up with.

Bobby Walston, who heads the state Division of Aviation, said the increase in drone sales has him concerned.

“You’ve got to be smart, and you’ve got to realize that there are some state and federal guidelines to fly these things,” he said.

Federal Aviation Administration guidelines recommend that a person not fly a drone within five miles of an airport without coordinating with air traffic control. There is also a state law forbidding drone take-offs and landings on any state, county, or city property, including parks, without permission.

“The UAV aspect just brings this air about it, but peeping tom and other privacy violations…that is where you have to think about what you are doing,” Walston said.

Powers said that if people called drones what they are – multi-rotor helicopters – then they would not be so concerned.

“Probably the most important thing about (drones) is that they are not a toy,” McLeod said. “They can be dangerous. They can be scary.”

The FAA is considering a registration process for most radio controlled aircrafts. There are also tighter rules regarding the commercial use of drones.

,Drones continue to fly off the shelves this holiday season, and with the price point ranging from $50 to $1,500, there is one for everyone.