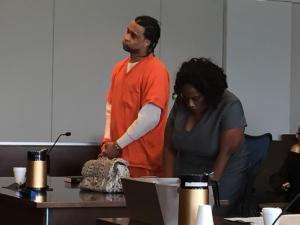 Shakanah China was playing outside 7 Atka Court when someone fired several shots from a passing van. She was hit in the stomach and died. She was a seventh-grader at Lakeview School.

Lipscomb, of North Briggs Avenue, was arrested about a year after her death along with another man.

A delay in the delivery of DNA evidence led authorities to drop the murder charge against Brandon Townsend.

,The mother and grandmother of a Durham girl killed in a drive-by shooting more than a year ago said Friday that the arrest of two men was the answer to their prayers.