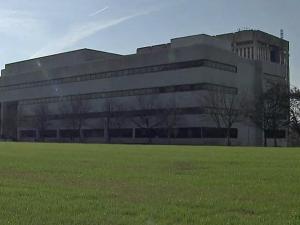 Raleigh, N.C. — Downtown Raleigh has changed quite a bit in the last decade, but one area just north of the hustle and bustle is often described as a ghost town.

State employees working downtown are familiar with the long walk down Halifax Mall. Gregory Drum has made the walk many times in his 30 years working downtown, but said he wishes there was more to do.

“We generally have to walk a good distance if we want to go to lunch – a good deal, anyway,” he said.

The vibrancy found on the south end of downtown is in stark contrast to the silence found near the capitol building.

Budget Director Lee Roberts says he hopes to develop more mixed-use activity and life after hours on the weekends north of Hillsborough Street.

Under Gov. Pat McCrory’s Project Phoenix program, the state is making decisions about properties it owns — whether to renovate, rebuild or sell.

The Albemarle Building on North Salisbury Street is being renovated, and will include ground floor retail space when it is completed next fall.

“So, as we try to rehabilitate, redevelop and refurbish these state buildings, putting in ground floor retail and other mixed-uses makes good sense,” Roberts said.

At nearby Seaboard Station, salon owner Dustin Smith agrees with the need.

McCrory’s budget director said this plan is part of a long-term and ongoing effort. There is no end date.

,Downtown Raleigh has changed quite a bit in the last decade, but one area just north of the hustle and bustle is often described as a ghost town.