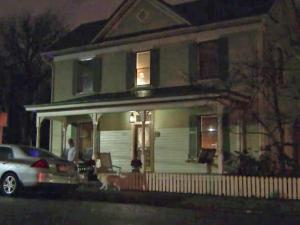 Raleigh, N.C. — Residents are trying to protect a page of Raleigh’s history before it is torn out.

Some say that walking the streets of Raleigh’s Glenwood-Brooklyn neighborhood is like time traveling. The area was among the first suburbs of Raleigh with Queen Anne, Colonial Revival, and Craftsman architecture dating back to the early 1900s.

“It’s the same sense you would have gotten 50 or 100 years ago,” said acting president of the Historic Glenwood-Brooklyn Neighborhood Association Bob Fesmire. “We thought this was something worth preserving.

The neighborhood is located near the popular and growing Glenwood South area. In a few places, homes built long ago share the street with houses that are just a few months old. For that reason, several neighbors met at a local church Monday night to discuss the community’s consideration of an historic overlay district.

“When people hear historic district, they kind of tense up,” said Fesmire.

Fesmire said the Glenwood-Brooklyn historic district would be less restrictive than others. Instead of placing rules on an entire property, the regulations would pertain to the front yard and first half of the house. He said a recent survey of neighbors showed that most are in favor of the idea, but some who attended the meeting had concerns.

Fesmire believes that the change is about working to hold onto something before the history that drew a lot of people to the community is lost forever.

“A lot of them have been bought, renovated, and returned to their former glory,” said Fesmire of homes in the neighborhood.

Residents hope the historic overlay district will discourage the tear-downs of older homes.

The Glenwood-Brooklyn neighborhood is on the National Register of Historic Places.

,Some say that walking the streets of Raleigh’s Glenwood-Brooklyn neighborhood is like time traveling. The area was among the first suburbs of Raleigh with Queen Anne, Colonial Revival, and Craftsman architecture dating back to the early 1900s.