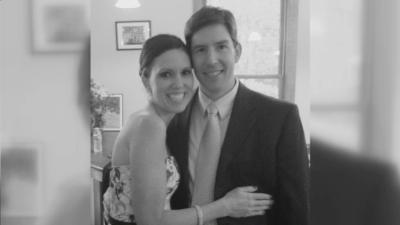 Rolesville, N.C. — Although the Wake County District Attorney’s Office said Tuesday that it is not pursuing a criminal investigation, questions remain about what happened to a mother and her 3-year-old sons inside a Rolesville home on Friday morning.

Kristy Bryan and her sons were inside the home on Roles Saddle Drive when neighbors spotted smoke coming from the house.

Firefighters discovered the bodies of Bryan and one of her sons inside, and the other 3-year-old was taken to UNC Hospitals, where he was listed in critical but stable condition Sunday evening.

Investigators have not said what caused the fire, but authorities have deemed the fire “suspicious.” According to authorities, a gas can was found in the home.

“I wish to remind the community that this incident is still being investigated as an isolated event. There are no known threats to the public related to this incident and the Rolesville community continues to be one of the safest in region,” Chief Bobby Langston said in a statement.

Another child, age 6, lives in the home but had left for school before the fire started at about 8 a.m., Langston said.

Police were at the home around the clock over the weekend, but released the scene Tuesday afternoon.

“Please be assured that the Rolesville Police Department is doing everything in their power to expedite the case but still preserve its integrity so as to protect the family. We ask for the public’s patience as this process continues,” Mayor Frank Eagles said.

The Wake County Fire Marshal’s Office, the federal Bureau of Alcohol, Tobacco, Firearms and Explosives and the State Bureau of Investigation are assisting with the case.

,Although the Wake County District Attorney’s Office said Tuesday that it is not pursuing a criminal investigation, questions remain about what happened to a mother and her 3-year-old sons inside a Rolesville home on Friday morning.