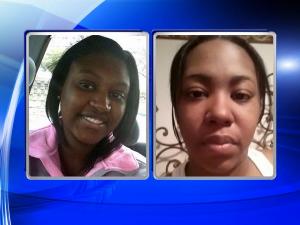 Raleigh, N.C. — A Raleigh man charged with attacking his girlfriend Wednesday and then shooting her aunt told a judge Thursday that he just wants to be out of jail in time to spend Christmas with his two children.

Jaquan Deandre Avery-Kennedy, 21, was charged with assault with a deadly weapon with intent to kill inflicting serious injury, assault on a female and battery of an unborn child. His bond was set at $250,000.

During the altercation, Patterson’s aunt, Torri Boyd, tried to intervene and help her niece, but Avery-Kennedy shot her in the neck, the prosecutor said.

But Avery-Kennedy’s mother provided a different version of the events. She said her son and Patterson have been staying at her home and got into a fight, and Patterson called her aunt for back-up.

Boyd, 38, then showed up at the house with other family members, and she and Patterson then attacked Avery-Kennedy, according to Sharon Avery.

“They stopped tussling, and (Boyd) came back at him again, and that’s when the gun just went off and just shot her,” Avery said. “I ran to my truck. I got a towel, put it up under her. I was just praying the whole time that she would make it. My son didn’t mean to do this. He has a mental illness.”

Patterson was treated at WakeMed and released, while Boyd was listed in good condition Thursday at the hospital.

Davis said Avery-Kennedy has previous convictions for assault, discharging a firearm into an occupied dwelling and felony possession of a handgun. A 2014 charge of assaulting Patterson was dismissed, the prosecutor said, and he has a pending charge of threatening his mother.

,A Raleigh man charged with attacking his girlfriend Wednesday and then shooting her aunt told a judge Thursday that he just wants to be out of jail in time to spend Christmas with his two children.