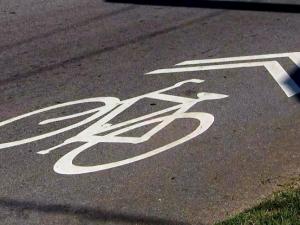 Raleigh, N.C. — Raleigh cyclists and drivers are noticing new bike lanes all over the city, but some of them say the new markings are confusing and even dangerous.

The new lines are part of the city’s plan to create space for cyclists and on-street parking while keeping traffic moving smoothly.

On Glen Eden Drive, as traffic travels uphill, cyclists have a lane of their own. Where the traffic flow is downhill, bikes and cars share a lane.

Neighbors say it’s too much.

“They’ve narrowed our lanes down on a very busy street and put two lanes on one side. I don’t know what they’re thinking,” said Catherine Windsor.

“It’s way more for the cyclists and the parkers than for the people driving down the street,” said Debbie Harmon.

Eric Lamb, transportation planning manager for the city, said it’s about balance. “The challenge is to meet all the community’s different needs.”

Lamb said the distinct uphill lane gives cyclists a little protection as they travel at their lowest speed, and it’s the best solution.

“The bike lane in the uphill conditions allowed us to preserve the on-street parking and provide accommodation for cyclists,” he said.

In other areas of the city, drivers complain that bike lanes add to congestion. Lamb says there will be additional work to improve traffic flow.

On Hillsborough Street, green markings are part of a test program to make it a little safer for cyclists to transition out of bike lanes and into the main travel lanes. Lamb said the city will study how people use the bike lanes to determine what works.

He also expects more bike lanes will encourage more people to use bikes.

“They need to redraw it to stay more in line with the drivers, because that’s more of what we’ve got,” she said.

The City of Raleigh is accepting public comment on its bike plan through Jan. 31. The plan outlines priorities and where and how bike lanes will be marked.

,Raleigh cyclists and drivers are noticing new bike lanes all over the city, but some of them say the new markings are confusing and even dangerous.