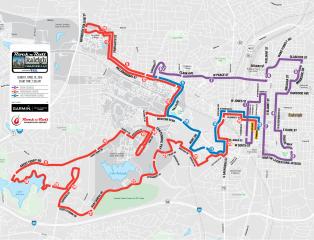 Raleigh, N.C. — The 2016 Rock ‘n’ Roll Marathon and Half Marathon will start on South Salisbury Street at West Davie Street in downtown Raleigh and finish on Fayetteville Street at East Davie Street.

Runners wind east through Chavis Park and then north to Clark Avenue and onto Hillsborough Street and then Pullen Road. The half and full marathon routes split at Western Boulevard.

Half marathoners head west down Western Boulevard and heading down Hunt Street and Umstead Drive. Runners then take South Saunders and he back into the main downtown area to the finish line.

The full marathon heads east on Western Boulevard and down Avent Ferry Road. It continues east to Meredith College before a leg that travels south to Lake Johnson and includes the off-road Dixie Trail. Marathoners finish up through Centennial Campus and back to downtown.

Law enforcement will be stationed along the route at the intersections designated to allow traffic to cross when it is safe for the runners. 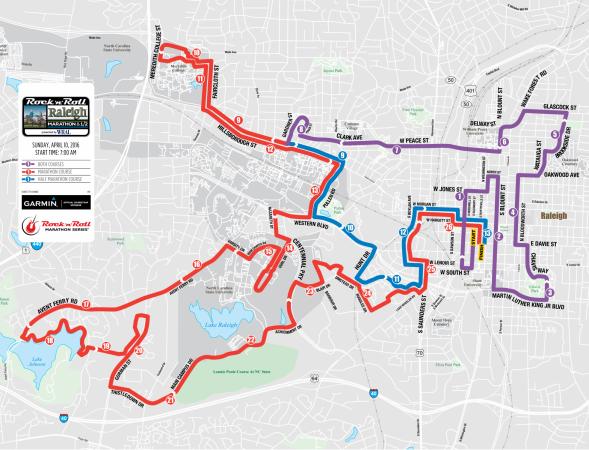 ,The 2016 Rock ‘n’ Roll Marathon and Half Marathon route and road closures.