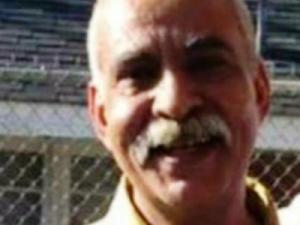 Durham, N.C. — Authorities are investigating a homicide that occurred Saturday night at a business on South Briggs Avenue.

Officials said a male suspect shot an employee inside the Buy Quick convenience store at 419 South Briggs Ave. around 7 p.m. Mohamed Thaber Shoufar, 58, was taken to a local hospital, where he later died.

Many stopped by the store Sunday to leave flowers and candles by the door. Those who had been customers for several years remembered Shoufar as a kind man who would go out of his way to help people. They were surprised to hear what had happened and said the least they could do was come pay their respects.

“[He] was a good person. Anytime anyone needed anything he was there,” said neighbor Geneva Hairston. “He loved kids. Me and my husband go there like every day. It’s just cruel. What happened should’ve never happened.”

One woman said Shoufar collected money for her family after her brother died four years ago.

Police had not released a description of the suspect or information about what lead to the shooting.

,​Authorities are investigating a homicide that occurred Saturday night at a business on South Briggs Avenue.