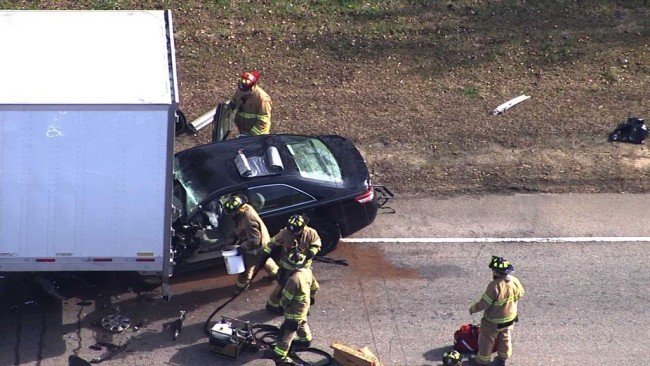 The driver of a car traveling northbound Capital Blvd became pinned in the vehicle when it slammed into the rear end of an 18-wheeler at the Burlington Mills Rd intersection. Engine #2 was first to arrive and requested additional help from Engine #5. Ladder #1 was able to remove the patient from the vehicle in under five minutes who was then transported to the hospital by Wake County EMS. (Photo courtesy of ABC 11 News.) 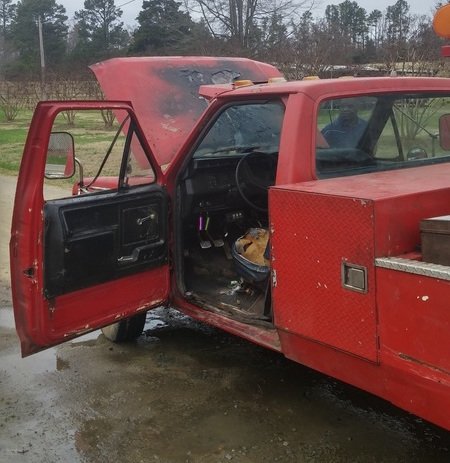 Engine #3 responded to a tow truck on fire on Forestville Rd and arrived to find heavy fire in the engine compartment. A quick knockdown of the fire was made and no damage occurred to the cab of the truck. 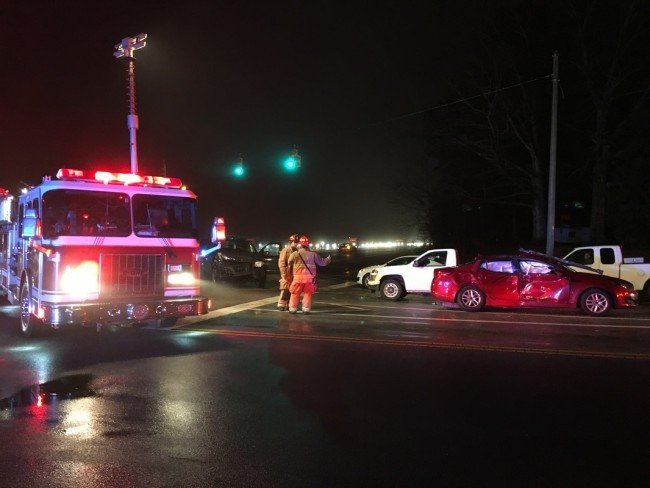 Three vehicles were involved in an accident at the intersection of Capital Blvd and Purnell Rd Thursday night. A vehicle traveling southbound on Capital Blvd struck another vehicle on the passenger side causing it to slam into another vehicle sitting in the turn lane. Engine #4 and Ladder #1 responded to the accident where one person was treated for minor injuries.

Shop With a Firefighter – December 19 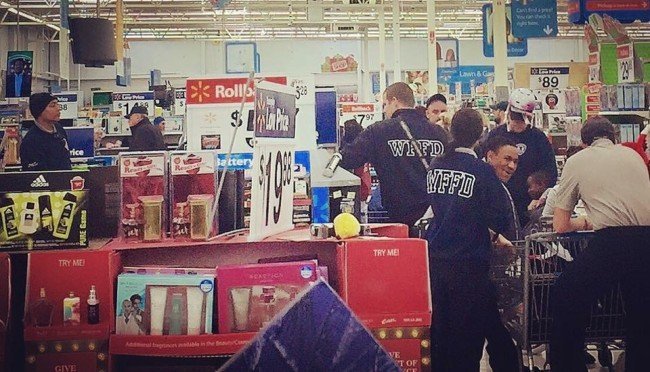 WFFD held its annual “Shop with a Firefighter” event Saturday morning at the Walmart in Wake Forest. This event allowed children to shop with a firefighter with a list that they had provided before the event. This is our third year hosting this event in an attempt to provide for local families in need. 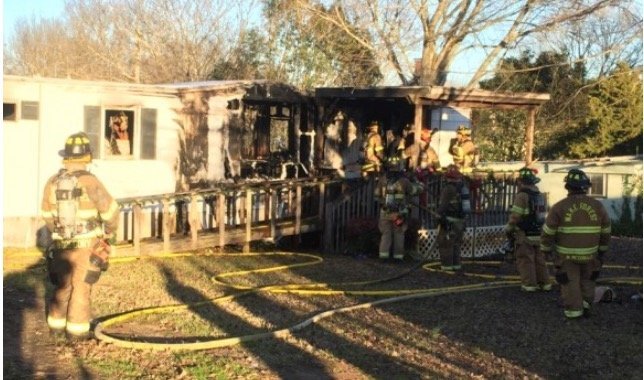 Engine #1 was first on scene to a single wide mobile home on E. Chestnut that had heavy fire coming out the front of it Saturday afternoon. A search for occupants was made by Ladder #1 and it was determined that the home owner was able to escape unharmed. Engine #4 assisted with securing a water supply and with fire attack while Engine #2 hit hot spots and removed debris. Crews were on scene about 3 hours and Wake County Fire Services Investigator ruled that the cause of the fire was undetermined.