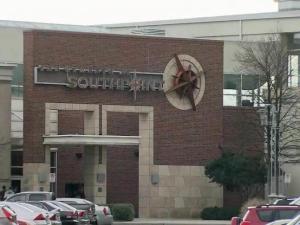 Durham, N.C. — Some after-Christmas shopping ended in heartbreak for two young girls in Durham after their family said thieves stole money, clothes, and gift cards while they were shopping at the mall Saturday night.

On Sunday, 7-year-old Sydnee Shumate and her 9-year-old sister, Taylor, were singing with their Grandma, but on Saturday night they were shedding tears. The money they had earned from their lemonade stand, Christmas money, gift cards, Taylor’s iPod, and new sweaters were all gone.

“We took a trip to the mall so the girls could spend some of their Christmas money, that was the whole point of the trip,” said the girls’ mother, Janelle Shumate.

The whole family was at the Streets at Southpoint when Sydnee and Taylor’s two-year-old brother needed a diaper change and the family inadvertently left his stroller, which was holding the shopping bags, unattended for a few minutes outside of J.C. Penny.

“It was devastating for it to be the day after Christmas, for the excitement of Christmas to end with this sort of this is devastating,” said Janelle Shumate.

Mall security referred all questions to mall managers, who were not available for comment Sunday. The Shumates said that surveillance video from security cameras shows a couple stealing from their stroller.

Janelle Shumate said that learning there are people who steal joy, rather than spread it, was a tough lesson for her two little girls to learn.

“Maybe it’s helpful to know now what it feels like so that they always make sure that if they see someone else doing wrong, that they will encourage the person to do the right thing as well,” she said.

The girls were already speaking words of encouragement following the theft.

“As a Christian, you shouldn’t get really mad at the enemy, you should really pray for them so they would do better,” said Sydnee Shumate.

Mall security has filed a report with Durham police but the Shumates said they’re not concerned about seeing someone arrested, they just want their belongings returned.

,On Sunday, 7-year-old Sydnee Shumate and her 9-year-old sister, Taylor, were singing with their Grandma, but on Saturday night they were shedding tears. The money they had earned from their lemonade stand, Christmas money, gift cards, Taylor’s iPod, and new sweaters were all gone.