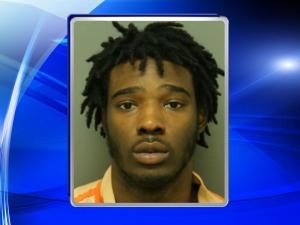 Raleigh, N.C. — Wake County deputies had to step in Monday to prevent an altercation between the family and friends of a Winston-Salem State University student who was killed in Raleigh last week and relatives of her accused killer.

Kari Onyea Watson, 18, was shot Wednesday night in the 2800 block of Filbert Street.

Xavier JaQuan Sanders, 21, was arrested the following day and charged with murder and assault with a deadly weapon with intent to kill. He remains in the Wake County jail without bond.

Sanders made his first court appearance on Monday, and anger and grief spilled over into a confrontation between his family and Watson’s as the two groups left the courtroom.

“Nobody knows what happened but me, and my brother was out. That’s what I’m saying. This is all a big misunderstanding,” Sanders’ brother, Tyrek Sanders, said after emotions had cooled.

In a 911 call released Monday, a man told a dispatcher that Watson had been shot in the head.

“I got out of the car, and someone opened fire,” the distraught man told the dispatcher. “I got shot too.”

Police found Dre’kwon Bagley, 18, with a gunshot wound to the leg. He was taken to WakeMed for treatment.

A house on Filbert Street was riddled with bullet holes.

The man told the dispatcher that the gunman simply walked away after the shooting.

Watson had been pursuing a degree in education at Winston-Salem State, according to the school. Her funeral is set for Saturday at Body of Christ Church in Raleigh.

Bagley, who was Watson’s boyfriend, wore a sweatshirt with her picture in court Monday, along with a necklace bearing an image of her face.

“She got something to say,” Bagley said.

,Wake County deputies had to step in Monday to prevent an altercation between the family and friends of a Winston-Salem State University student who was killed in Raleigh last week and relatives of her accused killer.