A couple of days ago a driver managed to learn a driving lesson the hard way on Magnolia Forest Court in Wake Forest.

The police report says the driver was distracted by a drink her passenger had just spilled in the car. Yea, we’d be a bit distracted and pissed off as well over that.

According to the report, the driver “looked down at her center console to put the drink in the console. In doing so, [she] began drifting right toward a mailbox. [She] then over corrected to the left and then back again to the right, leaving the roadway.”

But that’s not all. Along the unintended excursion she also managed to strike a parked car and a fire hydrant.

The driver “stated that she thought she hit the brakes during the accident. But also stated she may have inadvertently hit the gas as there were no skid marks indicating braking.”

See the Pictures Below 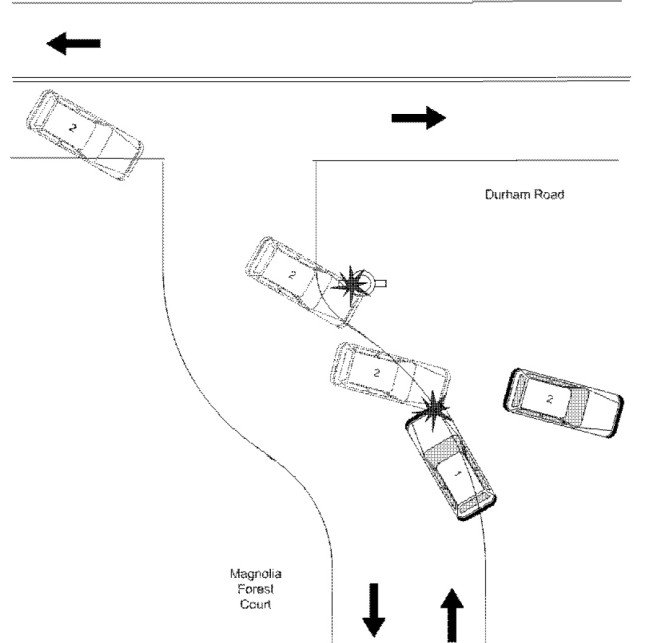