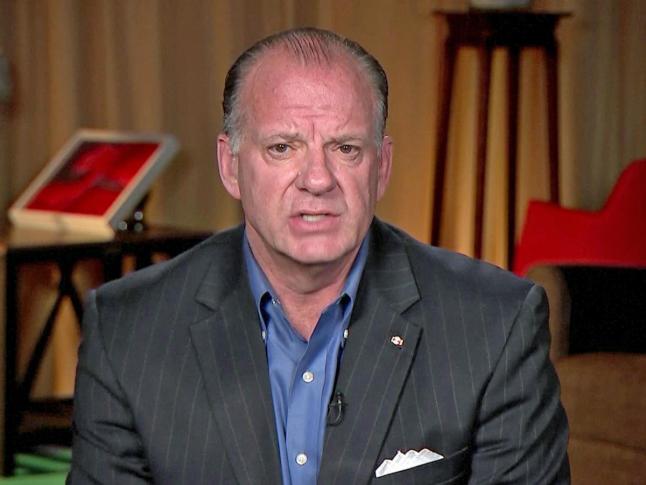 Raleigh, N.C. — Raleigh lawyer and former Carolina Hurricanes executive Jim Cain told NBC Monday that Alexander Pinczowski, his daughter’s fiancé and one of the victims in last week’s Brussels attacks, was a brilliant man who loved the Triangle area.

Authorities on Friday said that the 29-year-old Pinczowski and his sister, Sascha, were among those killed in last week’s terror attacks in the Brussels airport.

Pinczowski was engaged to marry Cain’s daughter, Cameron Cain. The couple met six years ago while taking summer courses in Durham, and, according to Jim Cain, had planned to marry within the year.

Jim Cain, who is well-known for his Raleigh ties as well as for his time serving as the U.S. ambassador to Denmark from 2005 to 2009, talked to NBC on Monday about the tragic loss.

“As an ambassador, you’re trained, briefed on handling terrorist situations, but you never, ever conceive of something like this happening to your daughter, your family,” Jim Cain said.

“Our family had a wonderful relationship with Alex. He’d engage me in debates about international affairs and at first I would be almost offended that he thought he knew more than I did. I learned that he did. He was a brilliant young man.”

Jim Cain told NBC that Alex enjoyed attending Hurricanes games with him when he visited Raleigh. “He was a huge Canes fan,” Cain, the former executive for the hockey team, said. “He and Cameron would always drag me to games.”

Prior to Tuesday’s bombings, Alex had traveled to Holland to from New York to work on a craft-related business that he and Cameron were going to start together. Alex and his sister were scheduled to fly back to New York on Tuesday and were in a ticket line at the Brussels airport at the time of the explosion.

“Alex was returning to the U.S. so that he could attend a wedding in North Carolina with Cameron,” Cain said. According to a friend of Alex’s, the victim had just gotten a haircut the night before so he would look nice for the occasion.

According to Jim Cain, Cameron and Alex loved the Raleigh area. “To be honest, I think [Alex] had a dream to one day settle down on a family farm in North Carolina,” he said.

Authorities say that 35 victims died in the twin bombings in Brussels on Tuesday. About 300 people were wounded, including at least 12 Americans, according to the State Department.

,Raleigh lawyer and former Carolina Hurricanes executive Jim Cain was interviewed Monday regarding the death of a Brussels bombing victim he knew personally.