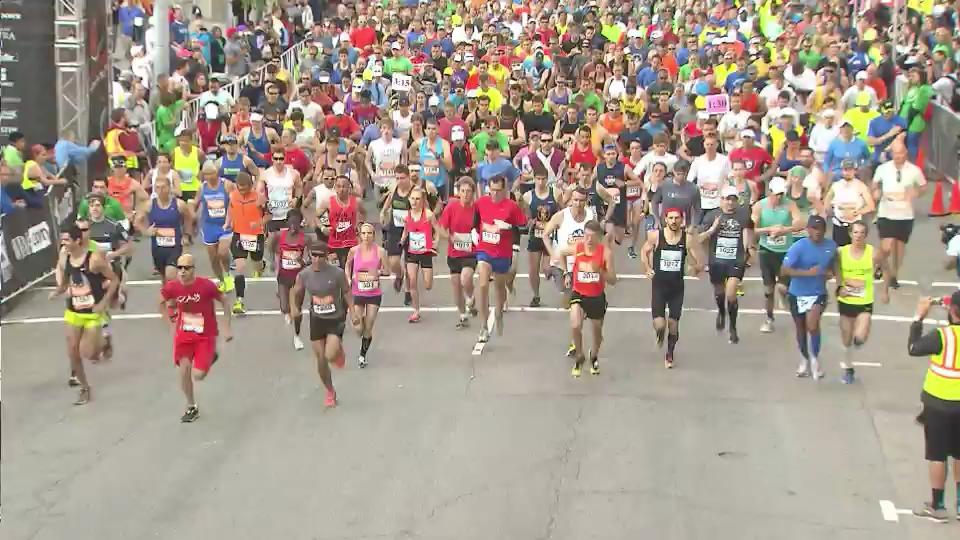 Raleigh, N.C. — In less than two weeks, thousands of runners will be taking to the streets of Raleigh for the Rock ‘n’ Roll Raleigh Marathon and Half Marathon.

Runners have been racing to local stores like Fleet Feet in Raleigh to get last minute gear.

“Usually in the two weeks before we see people come to stock up on gels, to get fresh socks,” Fleet Feet store manager Jacob Dagger said Tuesday.

Dagger said the store sees a bump in sales well before race time.

“Between January and March we see a boost from people training for the marathon,” Dagger said. “We have a training program through the store so we have about 150 to 200 people who are here twice a week all getting ready.”

The previous two Rock ‘n’ Roll marathons brought in $8.2 million from visitor spending to the city. The races attracted 26,000 visitors to the area, with 11,000 hotel rooms booked.

“People are here to run have a good time and enjoy a race, but they also want it to be more of a weekend experience,” GRSA executive director Scott Dupree said.

To keep people in town a bit longer and attract more race supporters, this year’s event has been expanded to an entire weekend of activities.

The marathon and half marathon starts at 7 a.m. Sunday, April 10, and takes runners throughout the city.

“The runners see the highlights of Raleigh, so we call it a postcard route,” Dupree said. “It’s a wonderful way to showcase our city to many folks who’ve never seen it before.”

,To keep people in town a bit longer and attract more race supporters, this year’s event has been expanded to an entire weekend of activities.