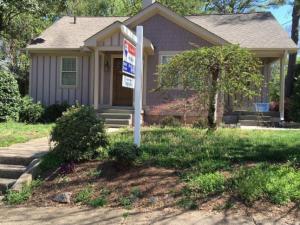 Raleigh, N.C. — Numbers released Tuesday show homes across the country are selling for 5 to 7 percent more than they were one year ago.

The new figures show that the Triangle area is quickly turning into a seller’s market.

“Buyers are in a great position right now because interest rates are the lowest they have ever been,” she said. “But, buyers have a problem because inventory is the lowest it has ever been.”

Jennifer and Ed Schrange flip homes and re-sell them, but they agree, this hobby is not as easy as it used to be.

“We missed out on three to four homes, and they never even made it to the market,” Jennifer Schrage said.

Bashford said potential buyers have to be ready.

“It’s just so difficult because you can find a house you love and 30 other people love the same house,” she said. “They pounce on it, and they get multiple offers. It’s really tough. You have to be on top of it.”

In February, home sales were up 11 percent over the same month in 2015, but the number of homes available was down 14 percent.

“I would make a call…let’s go see it, and an hour later, on the way there, it’s gone,” Ed Schrange said.

In Wake County alone, 22,000 new residents move in each year.

“Everyone is moving here,” Bashford said. “We’ve got 20 percent more listings than last year, but the inventory is low because they are moving here, and they are gobbling them up.”

Bashord recommends to people who are looking to move to the Triangle to do their homework.

Realtors suggest potential buyers also get creative with their offer by putting more cash down.

The median home price in Raleigh is $212,000. That is up nearly 4 percent over last year. Some experts expect the number to increase another 4 percent in the coming year.

,Numbers released Tuesday show homes across the country are selling for 5 to 7 percent more than they were one year ago.