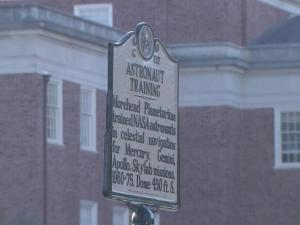 Chapel Hill, N.C. — Years of training goes into becoming an astronaut, and some of the most basic training took place in North Carolina.

Morehead Planetarium, on the campus of the North Carolina at Chapel Hill, trained 62 astronauts in the early days of the space program from 1960 to 1975.

“The whole history of Morehead and the astronaut training really is sort of like a hidden jewel that most people don’t realize until they get here,” said Richard McColman of the Morehead Planetarium.

Learning to navigate using the stars, astronauts would have been required to have a fallback if their systems failed.

“It may be important for the astronauts to learn how to navigate in space using the stars much in the same way the ancient sea mariners used the stars at night to find their ways across the oceans,” said McColman.

Mercury pilot Gordon Cooper lost power on a mission and had to use the celestial navigation he learned during training in Chapel Hill.

“It turned out that Cooper made the most accurate landing using the training he got here at Morehead of the entire Mercury program,” McColum said.

,Years of training goes into becoming an astronaut, and some of the most basic training took place in North Carolina.