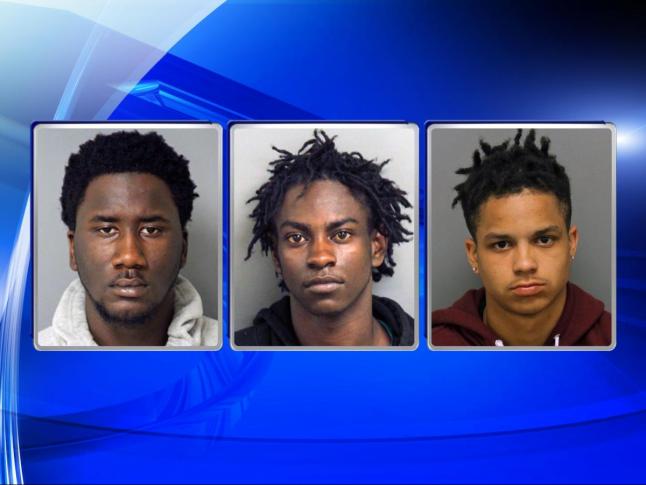 At about 1:20 p.m., the Cary Police Department received a call about suspicious activity near Ripplewater Lane in Cary’s Lochwinds subdivision. The call came from the niece of Lori Fuller, who had posted a tip on her community’s crime & safety section of nextdoor.com, a private social network for neighborhoods, after she saw a man peering into her home.

According to Fuller, “A man wearing a hood was peering into the front, sidelight window of my home while a woman sat nearby in a car as his lookout. My niece came home for lunch and saw him at our front door. She was able to call 911 with a description of the car and license tag after the guy abruptly got into the getaway car, and they left.”

Captain Randall B. Rhyne of the Cary Police Department said patrol units responded to the area and were able to locate the car that the caller had described. Officers stopped the car and arrested three of the four passengers.

Level and Miller-Torres were both charged with burglary and larceny after burglary, and Solomon was charged with concealed carry of a weapon and marijuana possession. The woman Fuller mentioned was not arrested.

Rhyne said two of the men are connected to burglaries that the Cary Police Department had already been investigating, and the arresting officer stated the couple and the car had previously been reported as suspicious in several other Cary neighborhoods.

,Three men were arrested yesterday afternoon on accounts of burglary, larceny, concealed carry and marijuana possession after suspicious activity was reported in a Cary neighborhood.