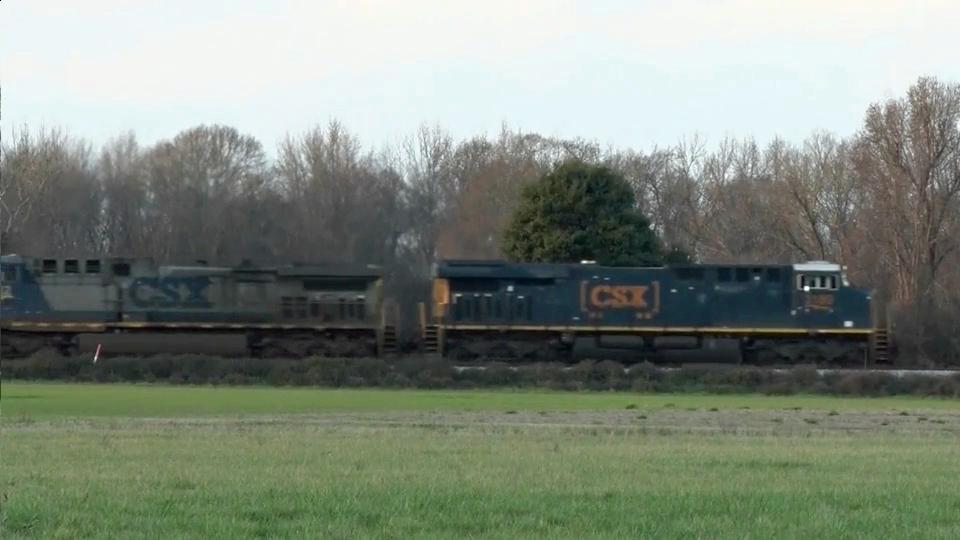 Four Oaks, N.C. — Although no official plans to bring a CSX hub to Johnston County have been finalized, residents in the Town of Four Oaks are concerned about the impact a cargo hub could have on their community.

CSX originally announced plans in January to build a $272 million terminal, known as the Carolina Connector, of CCX, east of Selma, but those plans fell through after officials decided the proposed site of the terminal wouldn’t work.

Nothing official has been decided since, but the Town of Four Oaks has told the rail company that it would support the construction of the connector.

Four Oaks Mayor Linwood Parker said he supports the idea of CSX coming to the town, and he wants to make sure that property owners are treated fairly.

Some property owners have balked at Parker’s claims because of a letter Parker sent to CSX and Gov. Pat McCrory.

The letter says the town would help CSX acquire properties necessary to build the facility, even if it means using eminent domain to acquire the land.

“The proposed project is a job creator and represents the most significant economic development opportunity ever considered for the Town of Four Oaks and one of the most rewarding for Johnston County and eastern North Carolina, a region in dire need to economic opportunity,” the letter reads.

The letter goes on to say that Four Oaks is “fully” committed to the project and will “approve and expedite all town required approvals upon request.”

Property owners say they weren’t aware of the town’s support for the project because the decision was made in a special meeting.

“The environmental impact study – where is it?” property owner Randy Johnson said. “What are the health concerns? Why can’t anybody answer our questions when we call and ask them?

Johnson said residents haven’t been able to have any contact with CSX. The town passed the resolution sent to McCrory and CSX on March 21.

“We want to know why we’re being offered up,” property owner Randy Johnson said. “Our land is being offered up when nobody in the town even knows this is going on. I don’t need a county commissioner or mayor telling me that I should be willing to sell my property or my heritage for economic development.”

Parker said he’s proposing that CSX pay $25,000 per acre for land used in the project.

“There is absolutely no strong-arm tactics,” he said. “(We’re) trying to make sure property owners are compensated for the opportunity to build a facility that would create jobs. I don’t even know that the railroad is interested in coming. They’ve got other sites they’re looking at.”

It’s unclear where any possible connector site would be built.

The terminal would connect directly to the main CSX network and provide a major transshipment point for the container cargo to and from North Carolina ports.

State officials said in January that the project could create 1,500 jobs across the region.

,Although no official plans to bring a CSX hub to Johnston County have been finalized, residents in the Town of Four Oaks are concerned about the impact a cargo hub could have on their community.