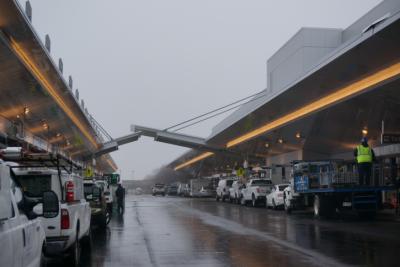 Morrisville, N.C. — Travelers flying out of the Raleigh-Durham International Airport may notice some changes before ever setting foot inside the terminal.

The airport can be a hectic place and growth at RDU explains the need for change, particularly to parking.

‘We will have hourly and daily rates in all three of our parking offerings,” said RDU spokesman Andrew Sawyer.

Beginning Monday, travelers will see ParkRDU central and premier parking areas and what was once called Park and Ride will now be called economy parking.

Joe Cassidy parks at the airport about two or three times per month and says it typically costs him about $40 per visit. People looking to pay less will be able to book a parking spot at RDU ahead on time and at a cheaper price online beginning May 1.

“It’s one more thing we don’t have to stop and do,” Cassidy said.

,Beginning Monday, travelers will see ParkRUD central and premier parking areas and what was once called Park and Ride will now be called economy parking.