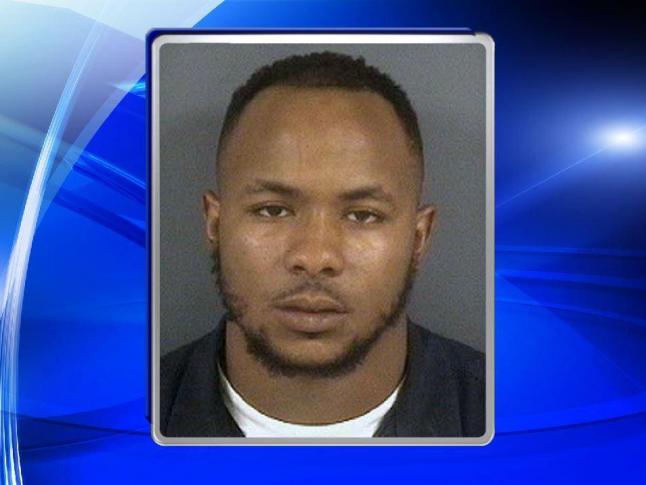 Fayetteville, N.C. — A Fayetteville man has been charged with first-degree murder in connection with a Sunday afternoon shooting.

Joseph Alexander Cason Jr., 22, of the 6600 block of Amanda Circle, is charged with first-degree murder and two counts of shooting into an occupied vehicle in the death of Thomas Durane Evans, 28, of the 300 block of Dudley Drive.

According to authorities, Evans and Cason were involved in a dispute in a Food Lion parking lot that escalated into a car chase at about 4 p.m.

Evans left the Food Lion parking lot and began driving down Raeford Road in a white Nissan Murano. Takisha Jeffrey, 39, and Danisha Brown, 24, were also in the vehicle at the time of the incident. Cason followed Evans and began shooting at his vehicle as they turned onto Strickland Bridge Road at a high rate of speed, police said.

During the shooting, a gray Honda Odyssey driving on Strickland Bridge Road was also hit by Cason’s gunfire. The driver, Jeanette Purifoy, 59, was not injured.

Evans’ vehicle was hit multiple times by Cason’s gunfire, with one shot fatally wounding him. Cason then left the scene.

According to police, Cason is facing additional charges in connection to a previous incident involving Evans’ older brother, Antonio Evans.

Cason shot Antonio Evans in the leg during a verbal dispute in the parking lot of the YaYa Foodmart, at 277 Graham Road, on March 27, police said.

Cason is charged with assault with a deadly weapon inflicting serious bodily injury in connection with the March 27 shooting.

He is being held in the Cumberland County Detention Center without bond.

,A Fayetteville man has been charged with first-degree murder in connection with a Sunday afternoon shooting.