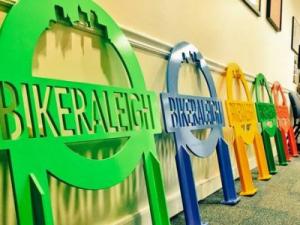 Raleigh, N.C. — Five years after planners first proposed it, a bike sharing program is set to roll into the City of Oaks in 2017.

The Raleigh City Council in March approved a proposal to make 300 bikes available for short-term rental at 30 stations near downtown Raleigh and North Carolina State University.

The program would put Raleigh on a growing list of cities, including Charlotte and Washington, D.C., that are trying to become more bicycle friendly.

“There is a lot going on in Raleigh, and bike share fits into that with our economic development, our tourism, our quality of life,” she said. “It’s impossible to build enough roads to accommodate enough people just in cars.”

Evan Brigham, a cycling enthusiast, says he’s ready to see more bikes in the downtown area. Brigham says he doesn’t own a car or plan to buy one, so cycling and ride-sharing apps like Uber are how he gets around.

According to the proposal, bikes would be free for the first half hour.

Each half hour after that would cost $4. Students would pay lower rates, Wilson says.

The city’s bicycle and pedestrian office estimates the program will cost the city about $650,000 per year.

Wilson said she hopes rental revenue and private sponsorship deals will cover about two-thirds of that cost.

,Five years after planners first proposed it, a bike sharing program is set to roll into the City of Oaks in 2017.