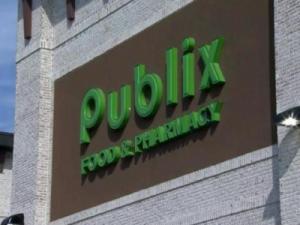 Publix Super Markets has announced that they will be opening a new store in Fayetteville.

According to spokesperson Kimberly Reynolds, the new grocery store will be located at the corner of Raeford Road and Fairfield Road. An opening date has not been set.

Publix opened their first Triangle location in October 2014 at 1020 Bradford Plaza Way, Cary, NC 27519 at the corner of High House Road and Davis Drive. They expect to open another Cary location at 3480 Kildaire Farm Road in 2016 as well as one at the corner of Green Level Church Rd & Carpenter Fire Station Rd. in Cary.

North Carolina Publix locations do not double coupons. You can see their full coupon policy on their website.

Publix was founded in 1930 in Winter Haven, Florida, by George W. Jenkins. Publix is privately owned and operated by its 178,500 employees, with 2014 sales of $30.6 billion. Currently Publix has over 1,110 stores in Florida, Georgia, Alabama, Tennessee, South Carolina and North Carolina.

,Publix Super Markets has announced that they will be opening a new store in Fayetteville!