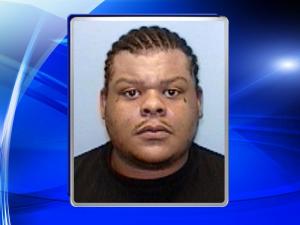 Zebulon, N.C. — A suspect in a morning shooting near Zebulon was apprehended Wednesday evening in Franklin County, authorities said.

Investigators said two men and a woman went to the home of Michael Jermaine Jackson’s mother, at 10237 Debnam Road, looking for Jackson. When he arrived at about 8:30 a.m., a fight broke out, and someone started shooting.

One man, whose name hasn’t been released, was shot in the neck, Zebulon Police Chief Tim Hayworth said.

The shooting victim was taken by car about 2 miles to the Dash-In Convenient Store & Grill, at 1312 N. Arendell Ave. in Zebulon, where paramedics then took him to WakeMed. His condition was unknown.

Store clerk Medhad George said a woman came in and asked to use the phone to call 911, and then a man came in with the shooting victim.

George said it was difficult to watch because he didn’t know if the man would live or die. The man kept repeating, “I can’t see. I can’t move. I can’t breath,” George said.

Authorities said the woman and the second man were the other two people who were looking for Jackson.

Investigators initially said Jackson, 31, was merely a person of interest in the case, and they were looking to question him to gather more information.

,A suspect in a morning shooting near Zebulon was apprehended Wednesday evening in Franklin County, authorities said.