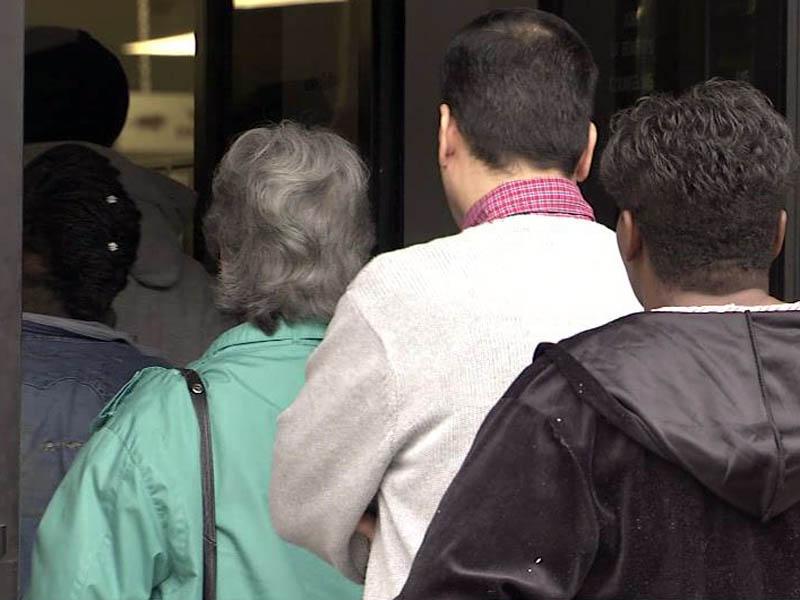 Raleigh, N.C. — Eleven of North Carolina’s 13 metro areas have higher jobless rates than a year ago, but an economist says that’s not necessarily bad news.

While national unemployment rates have continued to edge downward, North Carolina’s rate stalled out last summer and is beginning to creep up, especially in metro areas.

According to figures released Wednesday by the state Department of Commerce, the unemployment rate rose 0.3 percentage point from February 2015, to 4.8 percent, in the Raleigh area and 0.3 point in Durham-Chapel Hill, to 5 percent. The Fayetteville area saw its jobless rate inch up 0.1 point over the past year, to 7.2 percent.

Yet, all three labor markets added jobs in February, which Mike Walden, an economist at North Carolina State University, said is the key takeaway.

The state’s labor force is bouncing back from the recession as many people who had quit looking for work have begun looking again and have been added back into the jobless rate calculus, Walden said.

“A lot of people are moving to North Carolina again. By some rankings, we ranked No. 1 in 2015 on people moving here from other states versus North Carolinians moving out,” he said. “All those people coming here for work, (and) before they get work, they’re counted as unemployed. So, my recommendation is don’t look at the rate all the time. Look at how fast we’re creating jobs.”

The Raleigh area has added 20,200 jobs over the past year, while the Durham-Chapel Hill market picked up 2,300 jobs and the Fayetteville area added 1,600 jobs, according to the Commerce Department.

Walden said North Carolina’s wage growth still lags behind the nation, primarily because the state’s labor force is growing faster than the job market. Once that starts to even out, modest wage growth should occur in some sectors later this year, he said.

,Eleven of North Carolina’s 13 metro areas have higher jobless rates than a year ago, but an economist says that’s not necessarily bad news.