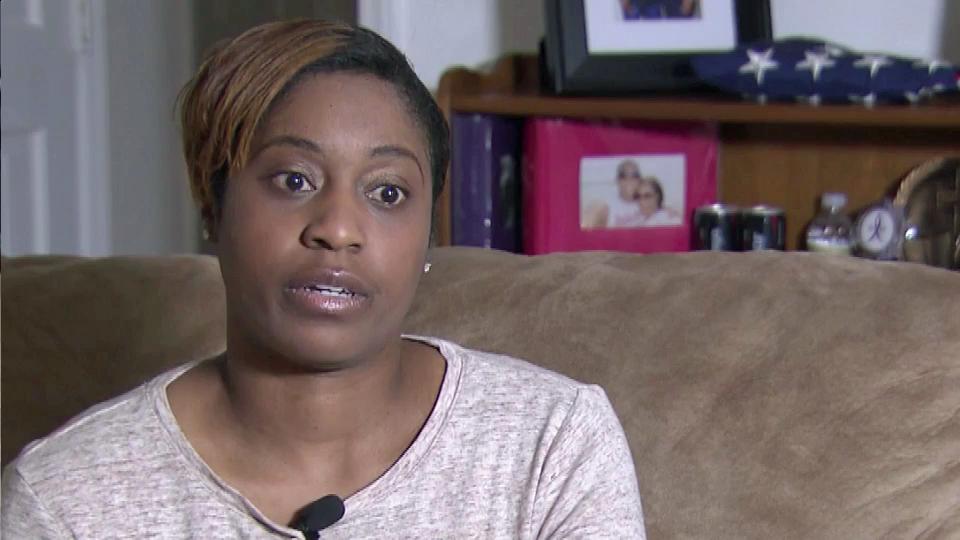 Wendell, N.C. — This week marks two years since a Wendell woman’s estranged husband killed her parents and tried to kill her.

LaTonya Taylor remembers the night of April 9, 2014 as if it were yesterday. She hid her three children in a closet before being shot twice by her ex-husband Nathan Holden.

“It seems like it gets harder and harder,” she said. “[My children] heard the beatings. I was pistol whipped. They could hear it, the sounds of the beatings, of the gun and just me begging.”

Taylor, who survived after being in a coma for a week, is now suing the Division of Social Services of Wake County and several of its case workers for negligence, which caused her children to suffer severe emotional distress. The lawsuit details the abuse Taylor said Holden inflicted and what DDS knew about the cycle of abuse.

In December 2013, the couple’s son reported to his school counselor that he smoked marijuana with his father. In January 2014, Taylor reported to the Wake County Sheriff’s Office that Holden threatened to kill her and the children. That same month, the lawsuit shows Taylor took out a protective order against Holden, who filed for custody of the children a week later.

The lawsuit indicates a DDS case worker who conducted several home visits during that time advised Taylor that she should consider letting her son stay with Holden if he signed a safety plan. Four months later, Taylor was fighting for her life and her parents were dead.

“Her not being here is hard. I can’t pick up the phone and say ‘mom, this is what we’re doing. This is what the kids are doing and just hear her voice’,” Taylor said. “And my dad, he was just so strong. He just loved his grandkids and I just miss talking to them.”

DDS said the department cannot comment on an ongoing case.

Holden’s trial is set for July.

Taylor and her children all remain in counseling and said they are doing as well as can be expected. Taylor has a new job and is engaged.

,LaTonya Taylor, who survived after being in a coma for a week, is now suing the Division of Social Services of Wake County and several of its case workers for negligence, which caused her children to suffer severe emotional distress.