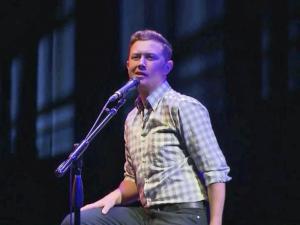 In the past five years, McCreery has performed in every state except Alaska. Close to home in Cary, the Garner native reflected on the wild ride he’s been on since auditioning for American Idol in July 2010.

“It’s really cool to be a small part of what the show was about,” he said. “I’ve had a crazy five years since. I’ve been on the road with people I grew up listening to and making studio records. All my dreams are coming true.”

McCreery was just 16 years old when he auditioned as a young country singer with a distinctively deep voice. Shortly after, the kid who bagged groceries at a local grocery store was known from Garner to Glendale.

“I had to grow up really fast. At 16, I got thrust into the spotlight and into a really big business that, all of a sudden, I was the CEO of and had to run,” said McCreery. “When you come off the show, there’s a lot of buzz. Five years from the show, all the buzz is on my end. I’ve got to create it with my music.”

For 15 years, Idol has given small-town singers like McCreery a shot. Now that the show is ending, people hoping to break into the business will have one less option.

McCreery calls the finale of American Idol bittersweet- a sad ending to a show that had a huge impact on pop culture. McCreery is looking forward to celebrating and seeing old friends.

“Seeing Jennifer Lopez again won’t be bad, so it will be great to get back for that,” he joked.

Last week, McCreery was presented with the Patrick D. Kenan Award at an event in Cary. The award honoring his career was presented by the Duke Voice Care Center to illustrate the importance of the voice.

He will be part of the final episode of American Idol Thursday night and is working in the studio in Nashville on an album set to come out this year.

McCreery’s new book, entitled “Go Big or Go Home: The Journey Toward the Dream,” goes on sale May 3. He will be autographing copies of the book in Garner on May 14, which has been declared Scotty McCreery day in the town.

,In the past five years, McCreery has performed in every state except Alaska. Close to home in Cary, the Garner native reflected on the wild ride he’s been on since auditioning for American Idol in July 2010.