Being motorcycle riders ourselves, albeit not sports bikes “crotch rockets” we have observed a number of young riders doing some pretty silly things on bikes that wind up with a poor outcome. You can translate that as WTF Dude!

Now in the interest of full disclosure, we’ve done some kinda stupid things ourselves. But unlike burning up our motorcycle they tend to be things like forgetting to put the side stand down and dropping the bike in the CVS parking lot or having our keychain blow apart at 70 MPH and scatter our keys all over the highway.

This afternoon in Wake Forest an apparent young motorcycle rider, on a bike registered out of Florida with under 21 license plates, managed to burn up his own bike after hitting the curb and falling over. Let’s just hope this motorcycle wasn’t still financed, because this sucker is toast.

It appeared the rider was not badly injured, except for a tender ankle and no other vehicle was involved.

The most injured thing here is going to be the riders wallet and a bruised ego. “Hey Johnny, what happened to your bike?”

You can listen to the call that went out below.

Shaun Price, an awesome reader, sent in these pictures below he got before we arrived. If you ever get pictures you want to send in, click the link here. 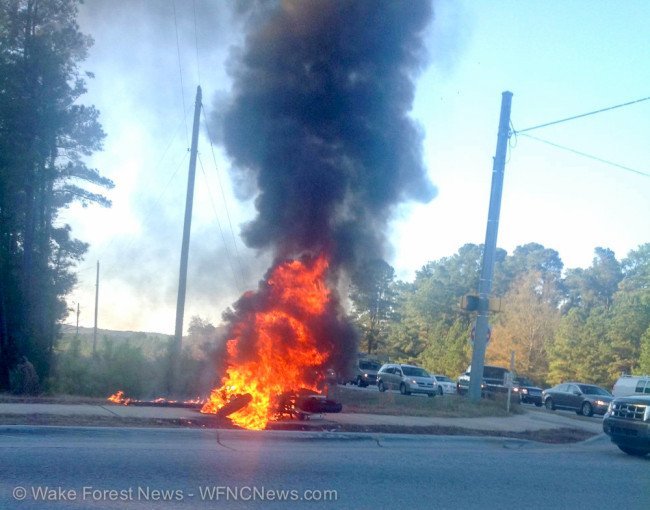 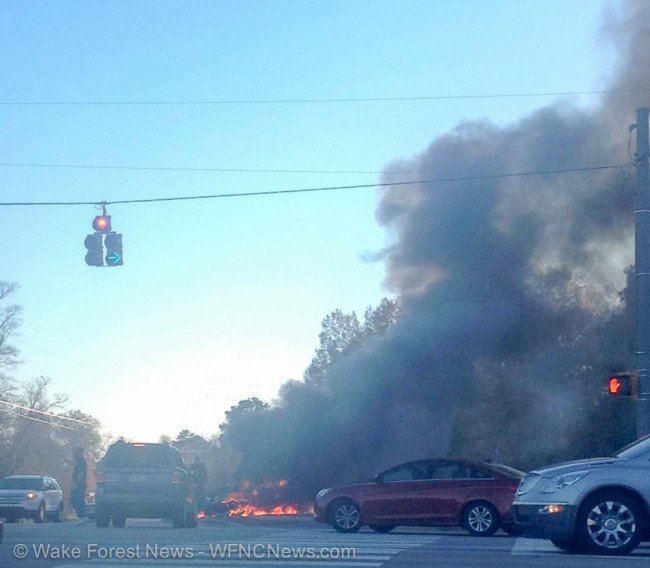