This report covers January 10 to 12 (Friday to Sunday), 2014. Otherwise known as the dumb ass weekend report. Last weekend was relatively quiet unless you were driving on or near Capital Blvd, 40 years-old and impaired. We can think of at least four people last weekend who thought a DWI arrest would never happen to them.

The following information is from law enforcement sources. All information posted to the Wake Forest News site is data gathered from public sources and is subject to change without notice. The information is provided without warranty or representation, express or implied, with respect to the quality, content, accuracy, completeness, currency, information, text, graphics, images, or other materials and items contained in or displayed on this site. All such items and materials are provided on an “as is” basis and the user is fully and solely responsible for the use of those items and materials and for any results or consequences of such use. Information is subject to change as case investigation proceeds. Individuals arrested on the basis of probable cause have not been charged.

Keep in mind the crime rate in Wake Forest is very, very low. Don’t let the fact some people got into trouble, freak you out. Arrested does not equal convicted. All individuals arrested or charged with a crime are presumed innocent until proven guilty. 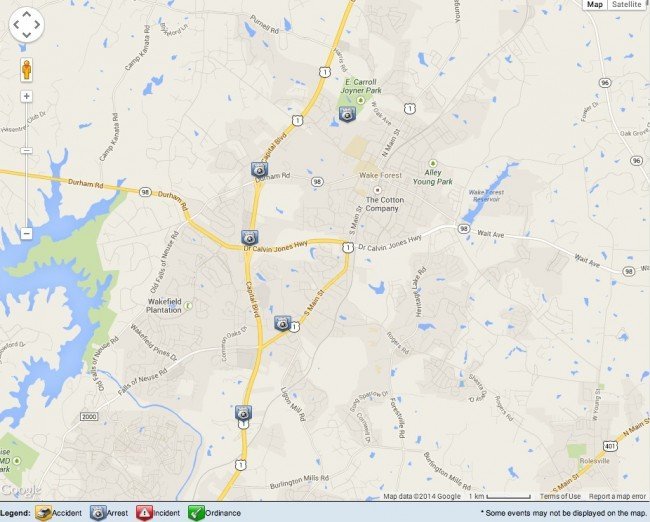