On February 8, 2013 a wide contingent of fire departments was called out for a house under construction that was fully engulfed in fire. That house was located off Blue Larkspur Avenue at the far edge of the Wake Forest area. On Sunday afternoon, just eight days later, another call went out for a structure fire in the same neighborhood under construction. 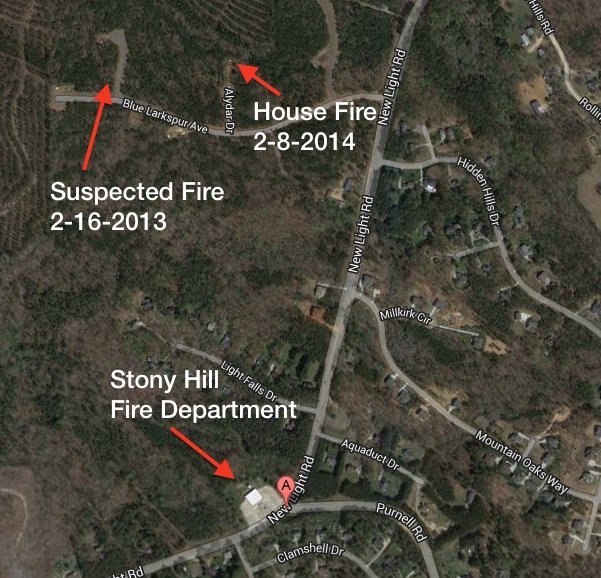 A little after 5 PM on Sunday the call went out for multiple fire departments to respond to Challedon Way and Blue Larkspur Avenue after Brian Cornell, who was passing by on his dirt bike, noticed smoke coming from under the eves and near the garage of another Meritage home under construction.

He said he promptly called 911 and it generated a massive response. “They were here quick,” said Cornell. And that’s not surprising considering a Stony Hill Fire Department station is located just down the street from the neighborhood.

Firefighters reported there was light smoke or haze inside the house but there was no apparent flames. Not long after our arrival the bulk of responding fire trucks were dismissed so it is unlikely any significant fire was found.

The source of the smoke was not identified by the time we left the scene.