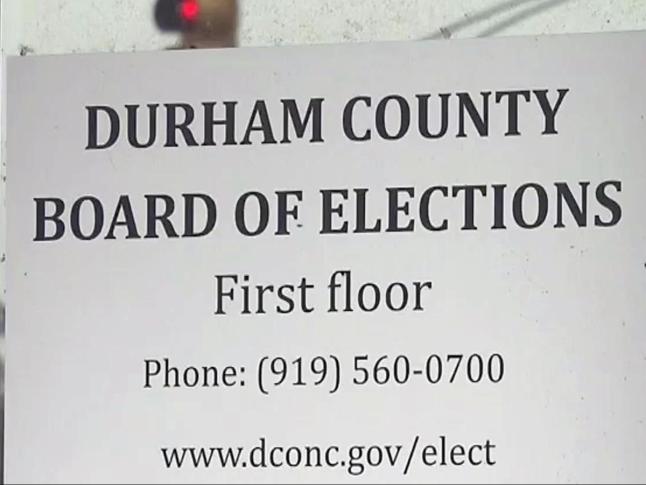 Kate Cosner, interim director of the Durham County Board of Elections, said the mail-in absentee ballots and write-in votes were mistakenly left out of the vote totals the county submitted to state elections officials late Tuesday. She said she doesn’t know the exact number of the missed votes or whether they could affect any races.

“I absolutely believe that all of the votes, all of the ballots, are going to be entered properly and accurately. I have full confidence we will get the numbers right,” Cosner said.

Officials had hoped to get all of the ballots counted Wednesday, but they plan to bring in extra help on Thursday to finish the job.

Another 1,700 provisional ballots, which were cast because voters’ registrations didn’t appear in poll books or there were questions about people’s eligibility to vote, will be counted during the county canvass next week.

The forgotten votes were the latest problem for Durham County elections officials.

A technical glitch early Tuesday meant all polling locations across the county switched from an electronic to a manual, or paper, check-in process for voters. Some sites then ran out of the necessary voter authorization forms and had to close temporarily until they could get more. The State Board of Elections later agreed to extend voting hours at eight precincts for up to an hour to make up for the disruptions.

“We had one voting machine hiccup, which was quickly rectified by one of our workers, and everything ran without a fault,” she said.

My Husband Was Desperate and Went With Simple Path Financial