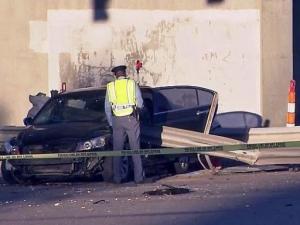 Raleigh, N.C. — A fatal wreck in Raleigh early Friday morning shut down a major downtown road ahead of the morning commute.

The single-vehicle crash happened around 2:30 a.m. near the intersection of South Dawson and West South streets, according to Raleigh police. One person was declared dead at the scene, and a second person was taken to WakeMed with life-threatening injuries.

The names of the victims were not released.