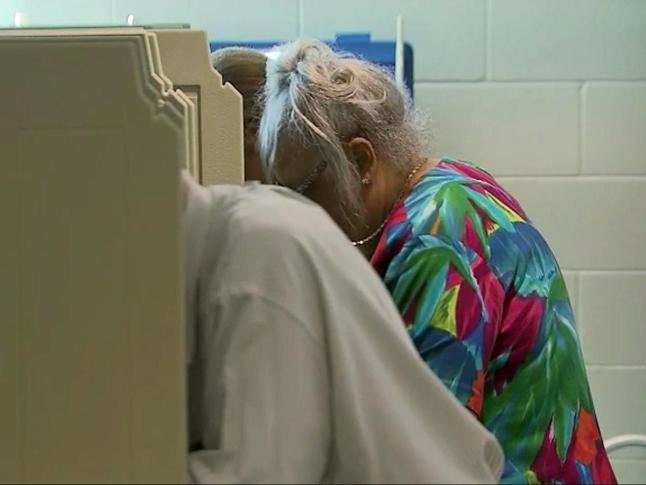 Raleigh, N.C. — Elections officials across North Carolina will spend the weekend assessing more about 60,000 provisional ballots, which must be sorted out by elections staff and then accepted or rejected by county boards of elections by next Friday. But election experts say they’re unlikely to change many races.

Provisional ballots are used when precinct officials can’t immediately verify that a voter is registered to vote there. The voter fills out a ballot, which is then sealed in an envelope with an explanation written on the outside to justify why the vote should be counted. For example, a voter might believe the registration roll is wrong or might have moved recently without updating his or her address.

Pat Gannon, a spokesman for the State Board of Elections, said local staffers use state Division of Motor Vehicles databases and other records to verify whether a provisional vote is eligible. Only about half to one-third generally are, he said.

“If these are registered voters who registered on time, their ballots will count,” Gannon said. “If they voted in the wrong precinct, then parts of their ballot – the races they’re eligible to vote in – will count.”

Wake County has the most provisional ballots, by far, with 6,798. Mecklenburg County has 3,640, while Cumberland County has 2,739. Every county has at least a couple dozen.

County elections boards will have to hold special public meetings next week to vote on whether to accept or reject the provisional ballots, and the decisions are made without seeing which politicians will benefit from each ballot.

“If they are determined to be cast by eligible voters, then they’re opened and tabulated. Otherwise, they’re kept sealed,” Gannon said.

The process has to be done before next Friday, which is when, under state law, every county must hold a canvass to certify its vote totals.

Even if only a third of the provisional ballots are counted, that’s still more than the margin in some races.

Joe Cabosky, an assistant professor at University of North Carolina at Chapel Hill’s School of Media and Journalism who specializes in data analytics, said provisional votes are unlikely to change the results of tight races because they usually follow the overall trend.

In the gubernatorial race, Cabosky added, most of the provisional ballots are coming from urban counties where Cooper won.

“Both candidates will pick up some votes. That means that McCrory would have to win a significant amount of the remaining ballots to actually pull back into the lead,” he said.

In Wake County, Republican Sen. Tamara Barringer has about a 1,000-vote lead to retain her seat, while Republican Reps. Gary Pendleton and Marilyn Avila trail by about 800 and 300 votes, respectively, in their re-election bids.

Cabosky said the provisional ballots are likely to benefit the challengers more than the incumbents because such votes tend to skew Democratic. People who experience problems with the voter rolls and therefore casting provisional ballots have traditionally been low-income, elderly or students.

“If you’re a Democrat in the lead on election night, you’re normally in a good position,” he said.

If any second-place candidates are close enough to qualify for a recount, they can request one after the county canvasses.