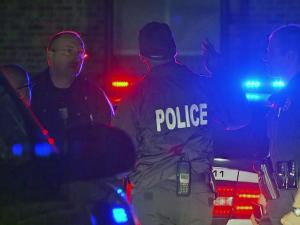 Durham, N.C. — Police have arrested two suspects in Louisiana for their connection to a shooting that killed a 17-year-old in Durham on Tuesday.

Officers responding to a shooting around 3:15 a.m. found Demoraea Fennell suffering from a gunshot wound in the parking lot of an apartment complex in the 400 block of Pilot Street in Durham, police said.

Fennell was taken to a local hospital, where he later died.

Police later arrested Jaquinta Antanette Cole, 25, on charges of murder and felony conspiracy and Nikee Lamar Black, 26, for felony conspiracy. Both suspects were placed in the Durham County Jail without bond.

Anyone with information that could help investigators should call Crime Stoppers at 919-683-1200.