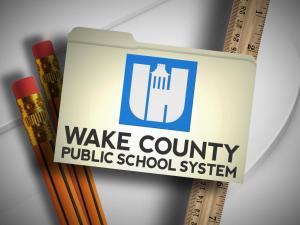 Cary, N.C. — Wake County Schools leaders on Tuesday got the final draft of the new student assignment plan for the next school year but have not yet decided whether students in one Cary community will get to remain in their current schools.

Three new schools are opening next year due to overcrowding at existing schools. For some Cary fourth graders, that could mean switching elementary schools in 2017 before heading to a new middle school a year later.

“So my kid has to go to three different schools in four years. This is ridiculous,” said parent Fang Liang.

The third version of the plan adds Horton’s Creek Elementary School, which will pull students from existing schools, including Mills Park Elementary. Families who want their kids to stay at Mills Park, though, think the plan arbitrarily moves students from one school to another.

“We really do all have hearts, we don’t just look at numbers,” said school board chair Tom Benton. “We are opening a new elementary school and we can’t keep asking to build new schools and not fill them up.”

Parents have campaigned hard for district leaders to reconsider the plan but have been unsuccessful so far.

Parents in the Cary Park and Blackstone communities have been vocal, but the reassignment remained in the third draft.

“I am truly baffled and I am sure our group is truly baffled that there have been no changes to the recommendations,” said parent Jason Hillenbach.

Parents say they have looked at the numbers and believe, in time, the new school will be overcrowded as well.

“The data clearly shows there is no benefit to dividing our neighborhood of Cary Park,” Hillenbach said.

School board members said they will need to go over the numbers one more time before making a final ruling.

“We did not reach a decision tonight about what is going ot end up happening, particularly with the Cary Park area,” Benton said.

School board members are expected to discuss the matter again at a meeting later this month. A vote on the reassignment proposal is set for December.