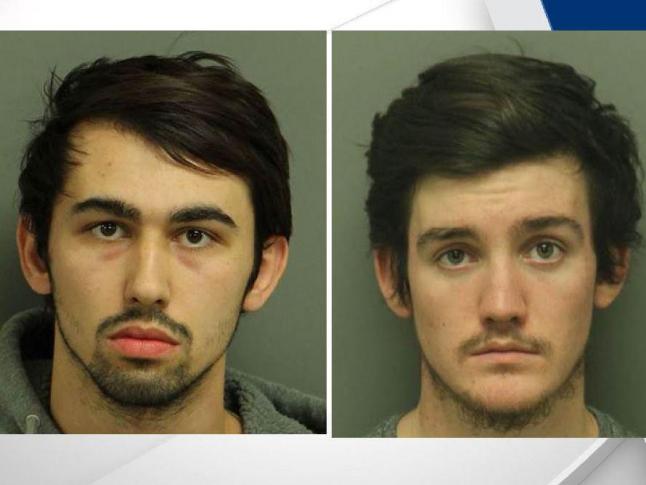 Around 2:45 p.m., deputies with the Wake County Sheriff’s Office arrived with an arrest warrant to the home of 20-year-old Matthew Taylor Thomas.

According to officials, Thomas resisted arrest and jumped into a car with another man, 19-year-old Colin Patrick Quinn.

A car chase ensued. Officials say the chase ended when the suspects ran from the car and hid in the dumpsters of a Walmart shopping center before they were arrested near Capital Boulevard and S. Main Street. in Wake Forest.