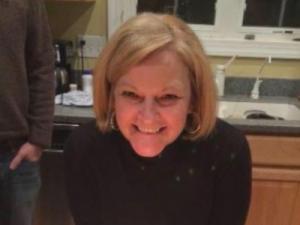 Michele Williams, 51, was found dead in her car Friday evening outside her parents townhouse, at 1219 Collington Drive in Cary. The home was riddled with bullet holes, and one shot went completely through the home, narrowly missing someone inside.

“It is real. It is loud, Six to seven shots. I don’t want him to get into their house and hurt somebody else,” a caller told a 911 dispatcher.

David Williams, 55, surrendered to police at nearby Cary Towne Center a short time later and was charged with murder.

Neighbors of the home the couple still owns together on Stone Home Lane near Garner said Monday that Michele Williams hadn’t lived there for several years but that David Williams was always friendly as he walked and biked around the area. They said they were shocked by the shooting.

Michele Williams was a kindergarten teacher at Timber Drive Elementary in Garner, where she was described as dedicated, hardworking and loving.

Her family filled the first row of seats in a Wake County courtroom on Monday afternoon for David Williams’ initial court appearance. They declined to comment after the hearing.

David Williams’ employer, Duke Energy, said he has been placed on unpaid leave until the criminal case against him is resolved.