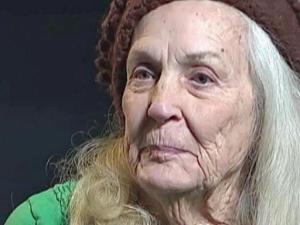 Raleigh, N.C. — FBI agents say “sweetheart scammers” are becoming more aggressive as the holiday season hits full swing. According to authorities, North Carolinians lost more than $4 million to sweetheart scammers in 2016, and nationwide, 900 more victims fell prey to these types of scammers this year than last.

Georgia Muller, an 83-year-old great-great grandmother, said she did not lose any money, but was emotionally let down when she found out the man she began having feelings for was a fraud.

“Hello my love, yes my love, I miss you honey,” read text messages sent to Muller by a man she thought was a dear friend and a love interest.

The two met on Facebook, where Muller said she often posts pictures of her paintings.

“All of a sudden this handsome white bearded captain appeared,” she said.

He reached out to her asking for a portrait. The online conversation quickly progressed.

“Then he started romancing me and started saying all kinds of sweet stuff,” Muller said.

She quickly fell for the ship captain, but weeks later, he asked her for money for his sick daughter.

According to the FBI, victims of sweetheart scams are often between 40 and 60 years old, are recently divorced or widowed and are contacted through legitimate online dating sites.

“These people are heartbroken because they really did care about these people,” said FBI Special Agent Julia Hanish.

Hanish said victims in North Carolina have forked over anywhere from $15,000 to $2 million apiece to scammers.

Red flags include someone asking to leave the legitimate site and communicate via email, text or instant messenger, professing love quickly and always finding an excuse to avoid video chat or in-person meetings.

According to the FBI, it is very difficult to prosecute these types of cases or recover the money because many of the scammers live overseas.