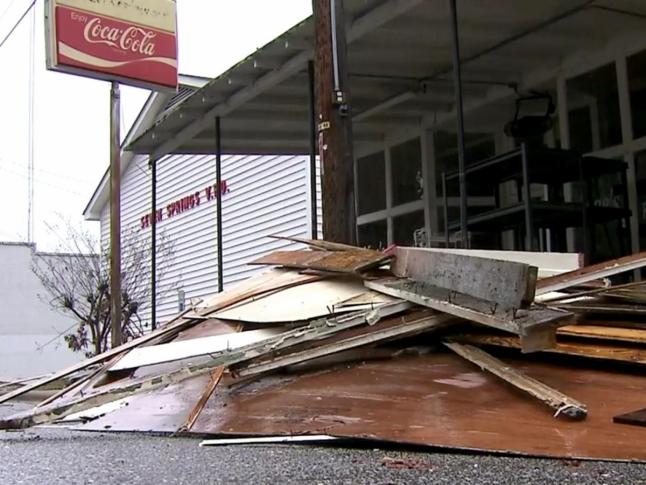 Only six buildings in Seven Springs escaped flooding, one local official said, and many business owners lacked flood insurance. As state lawmakers debate funding for recovery efforts, some residents aren’t sure the oldest town in Wayne County will ever recover.

“The only thing left is the kitchen sink,” Jackie Rouse said of Mae’s Restaurant, which she bought after Hurricane Floyd in 1999.

After Floyd’s flooding washed over Seven Springs, town leaders said half of the residents never returned, and its population is now a little more than 100.

The scene after Matthew is sadly familiar to many.

Still, she plans to rebuild and reopen, saying she loves the small town on the banks of the Neuse River and doesn’t want to see it go under again.

Ronda Hughes likewise lost her home and her business in the hurricane, but she hasn’t lost her faith.

“I know everything is going to be OK. I believe that,” said Hughes, who owns Neuse River Trading.

“The hardest thing was when I saw the pictures,” she said, referring to photos showing 6 feet of water surrounding the general store.

Now, she remains convinced the town will survive.

“I think it’s going to take a year, two years, three years until we get back to a normal again,” she said. “I know it’s going to be a struggle, but I have faith that we will.”