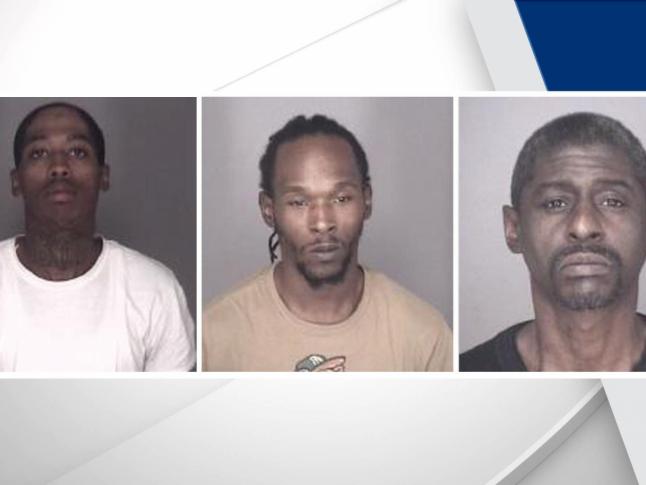 Lumberton, N.C. — Three men on Wednesday were arrested and jailed under $200 million bonds after being charged with a list of crimes including attempted murder, according to Lumberton police.

Police responded to a report of a shooting into an occupied property in the 3100 block of Bakersfield Drive. When officers arrived on scene, they began a search in the wooded area behind the residence.