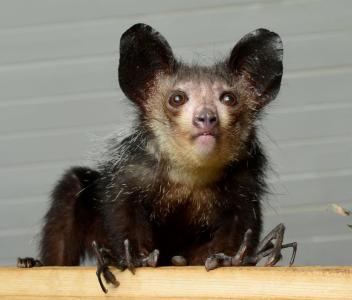 Durham, N.C. — Officials at the Duke Lemur Center said Thursday that avocados were the cause of death for four lemurs who died in October.

Lemur Center officials believe that a natural toxin found in avocados the animals ate set off damage to their heart muscles, resulting in death within 36 hours on Oct. 25 and 26. A fifth lemur made ill in the incident is still recovering.

Avocado leaves, pits, skin and possibly the fruit contain a toxin called persin that the plant produces as a natural antifungal. Persin is not harmful to humans, but it is known to be an issue for domestic cattle, horses and goats, as well as several species of bird. It had not been recognized as a threat to lemurs.

Lemur Center Operations Director Greg Dye said avocado is now off the menu for all of the lemur center’s 230 rare and endangered animals.

Norman Bates, age 7, died at 4 p.m. on the 25th. Merlin, 22, died 20 minutes later. Morticia, 28, a wild-caught aye-aye from Madagascar, mother of seven and a matriarch of sorts for the colony, died just before 1 a.m. on the 26th. Her granddaughter Angelique, 11, Merlin’s daughter and the first aye-aye born to two captive aye-ayes, died just before 5 a.m.

“The only good to come from this tragedy is that we now know to be wary of avocados. Hopefully our recommendation can prevent this from ever happening again, either at the DLC or any other collection that houses aye-ayes,” said Lemur Center Director Anne Yoder.